On Wednesday morning, the level of PM 2.5 in Lodhi Road was 228 and PM 1023 was recorded. While on Thursday morning, in Lodhi Road 500 PM 2.5 and PM10 also 500 were recorded. According to the AuI, pollution level 999 in Anand Vihar on Thursday, US Embassy, ​​459 in Chanakyapuri and AQ 999 in Major Dhyan Chand National Stadium. This level of pollution comes in the ‘dangerous’ category.

#Delhi's Anand Vihar at 999, area around US Embassy, Chanakyapuri at 459 & area around Major Dhyan Chand National Stadium at 999, all under 'Hazardous' category in Air Quality Index (AQI) pic.twitter.com/QX7z5UYOl9

According to the Au, the level of PM 2.5 and PM10 of 500 in the Lodhi Road area was recorded. The PM 2.5 level around Major Dhyan Chand Stadium (India Gate) was recorded 30 times as much as normal and the PM10 level was 20 times higher. It is a VVIP area where the houses of Rashtrapati Bhavan, Parliament and many high profile people are. 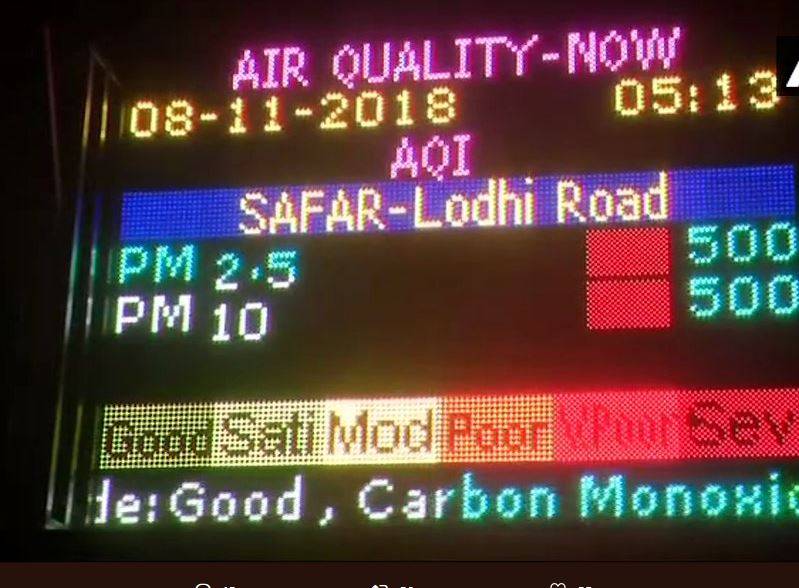 According to the Central Pollution Control Board (CPCB), the Au 281 was at 7 in the evening. It rose to 291 at eight o’clock in the night and at 9 o’clock it was 294. However, the System of Air Quality Forecasting and Research (Safar), run by the Center, recorded the AuI 319, which falls under the category of ‘extremely bad’. his is the figure

How is the pollution happening tomorrow 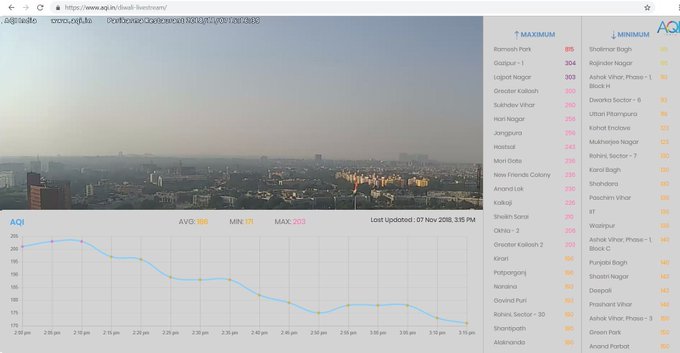 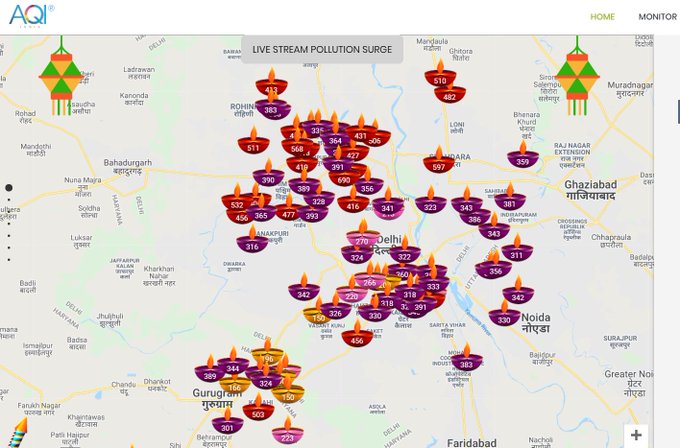 The Supreme Court had allowed the burst crackers between 8 pm and 10 am on the occasion of Diwali and other festivals. The court allowed only the construction and sale of ‘Green Fireworks’. Green fireworks produce less light and noise and have less harmful chemicals. The court had asked the police to decide that the sale of restricted firecrackers would not be done and in case of any violation the SHO of the concerned police station would be held responsible and it would be contempt of court.

A high level of pollution was recorded in many areas including Anand Vihar, ITO and Jahangirpuri. Mayur Vihar Extension, Lajpat Nagar, Lutyens Delhi, IP Extension, Dwarka, Noida Sector 78 and other places have been reported to have violated the court’s order. In the city indicated the ‘bad’ and ‘extremely poor’ air quality. At around eight o’clock, the level of PM 2.5 and PM10 increased rapidly.