That moment came on Wednesday morning, when high-speed boats began transferring passengers to nearby Kobe airport. Thousands of air passengers in Japan have spent the night stranded in an island airport as Typhoon Jebi created havoc. As a result has led to at least 11 deaths, 400 injuries and evacuation advisories for more than a million people.

An estimated 3,000 people were trapped at the terminal of Kansai international airport. As it stands on a manmade island in Osaka Bay, as the typhoon barrelled across large parts of western Japan.

Their flights cancelled and with seawater flooding the runway outside, all the passengers could do was sit and wait until they could leave safely.

“This storm is super-strong. I hope I can get home,” a female tourist from Hong Kong told the public broadcaster NHK as the storm swirled overhead on Tuesday evening.

Another woman who was among the first to be taken off the airport island said she and other passengers spent a sweltering night in the terminal. After its air conditioning failed. “I never expected a typhoon to do this much damage,” she said.

The tanker was damaged, but its 11 crew were unhurt, according to the coast guard.

Unleashing torrential rain and winds of more than 200km/h (125mph). Typhoon Jebi left a trail of destruction as it passed over the western cities of Kobe, Osaka and Kyoto before heading into the Sea of Japan late on Tuesday. There was no indication when the airport, which operates more than 400 flights a day, would reopen. But an unnamed industry source told the Yomiuri newspaper it could remain closed for up to a week.
Typhoon Jebi: Japan hit by strongest storm of 25 years

At the other end of a road bridge connecting the airport to the mainland, the Houn Maru, a 2,591-tonne tanker. Lurched as waves repeatedly slammed it into the side of the structure.

Television networks showed dramatic live images of waves crashing over sea defences. Roof panels being dislodged and blown away by the wind. And high-sided vehicles being lifted on to two wheels and toppling over. 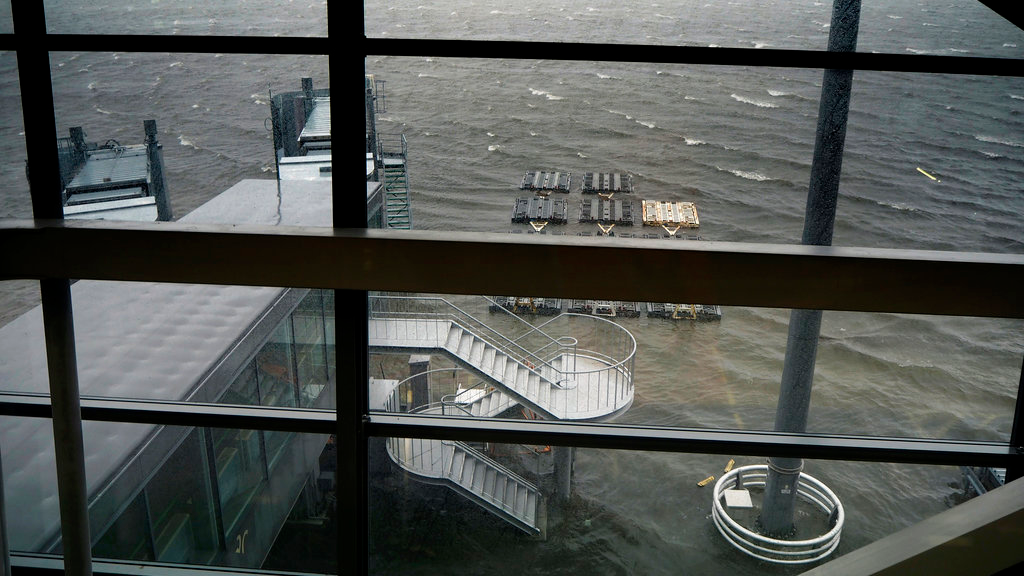 In central Osaka, the wind sent a 100-metre-tall ferris wheel into a furious spin, even though its power had been cut off. “I’ve never seen anything like it,” an onlooker told the public broadcaster NHK.

At the height of the storm, evacuation advisories were issued for more than a million people, according to the fire and disaster management agency. While 16,000 people spent the night in shelters across 20 prefectures, Jiji Press reported.

About 10cm of rain fell on one part of Kyoto, Japan’s ancient capital, in an hour. Several people were injured at Kyoto Station when part of a glass ceiling collapsed.

Almost 800 domestic and international flights were cancelled, along with scores of ferry and train services, the public broadcaster NHK said. Another man in his 70s apparently died after falling from the roof of his house. NHK said, adding that more than more than160 people had suffered mostly minor injuries. Bullet train services between Tokyo and Hiroshima were suspended. But resumed on Wednesday morning – while schools and factories were closed for the day. 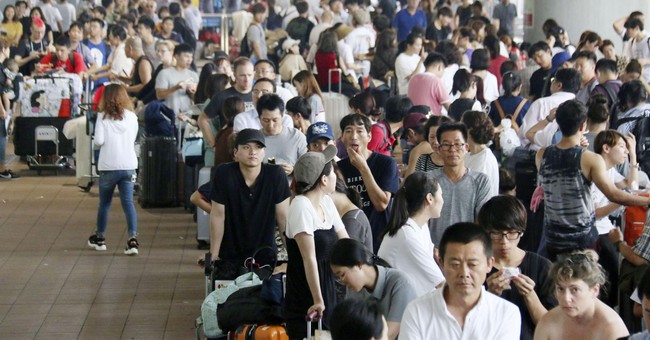 More than 1.6m households remained without power in Osaka, Kyoto and four nearby prefectures late on Tuesday, according to Kansai Electric Power.

On Wednesday morning, details emerged of some of the casualties, including a 71-year-old man whose body was found beneath a collapsed warehouse. The typhoon brought widespread disruption to air and rail travel. 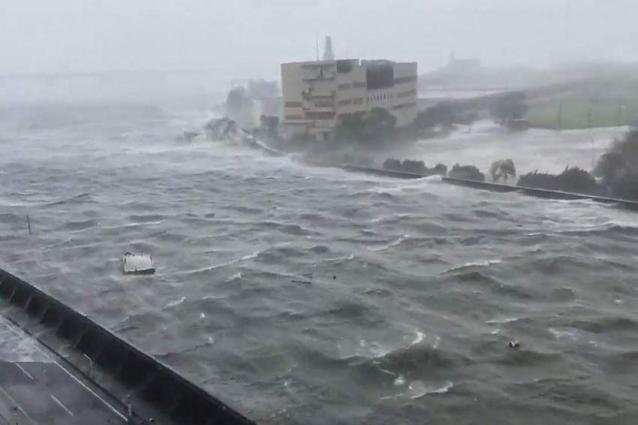 Also search for : Typhoon Jebi: a trail of destruction, Japan gets severely affected.